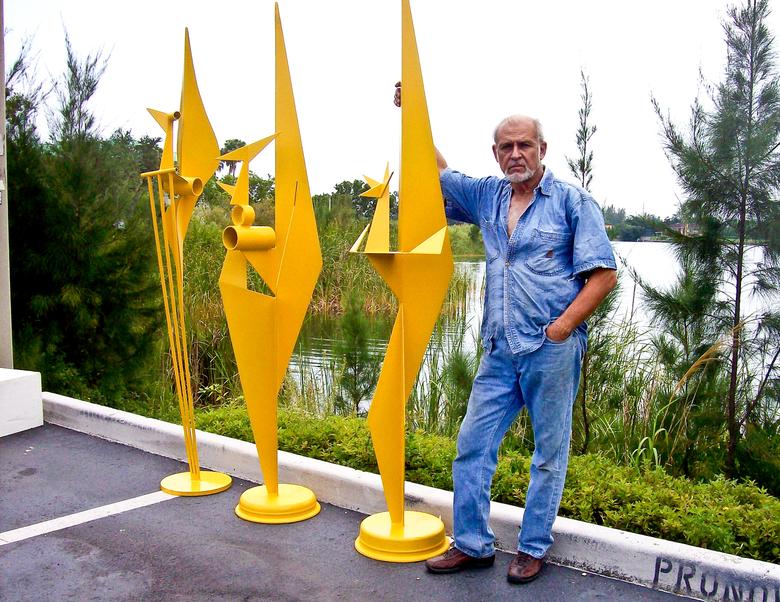 Rafael Consuegra is a sculptor who surprises others with his unique vision, insight, and ability to breathe life into metal.   His sculptures range in size from small-scale work, suitable to private residences, to monumental public art commissions. Consuegra’s work is represented in both private and public collections internationally; he has a list of accomplishments and commissions an arm long.

Consuegra was born in Havana, Cuba in 1941. Seeking exile from Cuba, he left the island in 1960 and established residence in Miami, Florida where he began his art studies.

As an art student, he was twice granted the Cintas Fellowship from the International Institute of Education in New York. After receiving a Masters Degree in Fine Arts from the University of Miami, he taught Sculpture and Design at the college level for seven years. Wanting to dedicate his efforts solely to art, he left teaching and moved to Europe.

In Europe, he exhibited widely throughout France, Spain, Denmark, and Switzerland. After eight years in Europe, he moved back to the United States where he established a permanent studio in Miami, Florida and concentrated his efforts on commissions.

He has refined his work over the course of thirty five years of passion and has exhibited his work world wide with unprecedented success.

Consuegra is a dedicated artist who gets his inspiration from everything that surrounds him; the mundane and the spiritual all serve to fill his palate with color and passion. Consuegra is a true master in the midst of creating his next great piece.

“All of my sculptures are inspired by movement and balance.”